Clean and wash the squid. Put the ink aside. Cut the octopus into small cubes. Put the oil in a pan until it’s very hot. Sauté the squid until golden brown. Pour into a sieve, drain oil and put aside. Put the fish stock in a mixing bowl, season with salt, add ink, mix, strain (can pull threads), put aside.

béchamel sauce: Cut the onion into very small cubes and sauté in the olive oil at medium heat until transparent. Add flour, continue until it starts sweating and always stir over medium heat. Put milk in another pot, add squid and fish stock, heat to max. 80 degrees, do not boil. Add the liquid, stirring constantly over medium heat, to the onion-flour mix: first half, stir well, then the rest. Let simmer for 15-20 min, stir constantly so that nothing burns. Season to taste with salt and pepper. Add the squid and simmer for another 5-10 minutes. Spread the mixture e.g. on a baking tray. First spread the oil on the tray, place the cling film on it so that it sticks to the mould. Put the mixture on top, spread evenly with a spatula, cover with cling film, pierce small holes in the film, let cool (overnight).

Aioli: Mix sunflower and olive oil, add pine shoots, heat slowly. Oil must become hot, max. 130 degrees, the pine must not be fried. After a short time, remove the pot from the stove and set aside. If the oil is cold, strain, otherwise the pine aroma will be too intense. Cut the garlic into small pieces, salt, put into a mixing bowl with the egg and chopped parsley and mix. Slowly add the flavoured oil to the thread and continue mixing until a creamy cream is obtained. Keep cool.

Remove the masking film from the squid mass and drop the mass onto the chopping board or work surface. Remove the second foil and cut the mixture into small cubes of 15-20 g each. Leave in the shape of a cube or form balls. Breadcrumbs: Whisk the eggs. Bread croquettes one after the other and fry in sunflower oil at 160-170 degrees until golden brown. Arrange on pine branches with aioli.

Do you want to receive new fera recipes?
We will inform you every time we publish a new recipe

For groups of more than 8 or special events contact 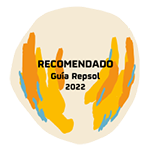